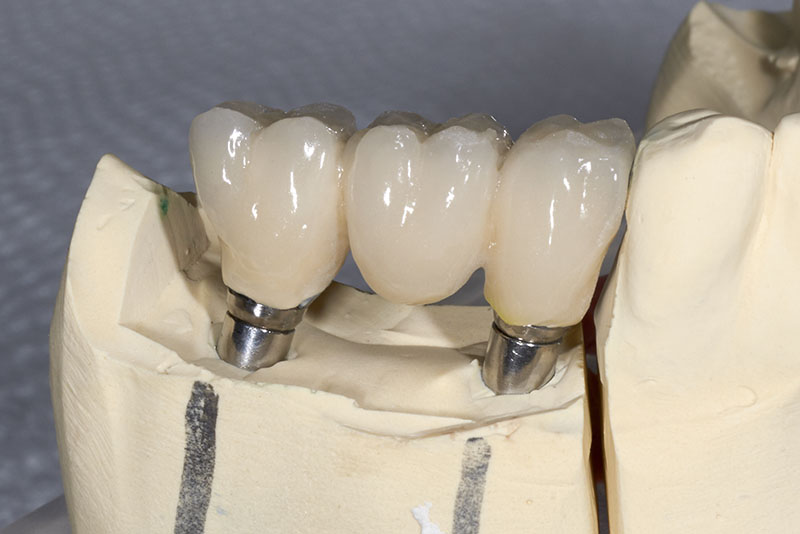 When more than one tooth is missing implants may be used in the same way as when a single tooth is replaced. Sometimes a gap may be too large for a conventional bridge or there are no back teeth to bridge onto.

Multiple failing teeth
The same principles apply if more than one tooth is failing. Teeth are removed sequentially, replaced by implant-supported provisional bridges, which temporarily maintain aesthetics as you undertake the various stages of treatment. The final bridge is then constructed a few months later when the gums have settled and the bone has strengthened. The final construction of teeth in porcelain is achieved by following a diagnostic preview that is waxed up prior to the start of the surgical phase so that the YOUR final destination can be achieved in a predicable way. The bridges constructed on implants fit accurately and have a very natural appearance.

Same-day smile
In this case the teeth are removed, and at the same time implants were placed and brought into function by attaching a temporary bridge. In this way a person can come into the surgery with unhealthy teeth and leave on the same day with the implants having been inserted into the tooth sockets. Smile and function can therefore be restored in one day.